With the emergence of COVID-19, the adaptive capacity of people's health systems has been tested like never before, both in terms of mental stress and the body's immune system, and all these factors have created an era of "adaptogenic" herbal medicine. The difference between adaptogenic herbs and other botanical herbs is that they meet the changing needs of the body, rather than a single health goal. Its greatest market application potential is for broad overall body conditioning and pressure mitigation.

Based on the secondary spread of the COVID-19 worldwide, the need for stress relief will continue to increase in 2021. Adaptogenic herbs with dual benefits of stress reduction and immune support are likely to shine in the post-epidemic era.

What is Adaptogens?
The concept of "adaptogen" is highly regarded in the European and American markets. "Adaptogen" is derived from the Greek word "Adapto", which means "to regulate, to adapt". Adaptogens are special substances found in certain plants that help plants adapt to, and overcome, the stresses of harsh environments. Traditional medicine in Asia and Europe has been using adaptogens for a long time to improve human health. What we talk bout now are certain herbal medicines that, in addition to improving people’s cognitive function, mood, and energy level, also strengthen the body’s ability to resist external aggressions, stress and improve immunity. Without the side effects of traditional stimulants, it uses natural solutions for the body. For example, it has the effect of lowering blood sugar in case of food or adrenaline hyperglycemia, and raising blood sugar in case of islet hypoglycemia, etc.

There is no standard definition of this concept in the market, but the European and American markets usually consider adaptogens as botanicals of Eastern origin (usually China and India) that can help the body better cope with physical or mental stress. And different industries describe adaptogens as "naturally occurring, non-toxic plant-based ingredients that help relieve stress and promote physiological balance."
Adaptogenic substances are named for their versatility and ease of adaptation. Superfood researchers believe that we can regard adaptogen as a kind of "thermostat". Imagine: when the thermostat in your living room senses that the temperature is too low, it heats up to raise the temperature; when it senses that the temperature is getting too hot, it reverses the process to cool the room down. The wonderful thing about adaptogens is that like a thermostat they can increase your energy while helping to reduce your anxiety and calm you down.
Adaptogenic herbs and ingredients commonly found in the market include Ashwagandha Extract, Rhodiola Extract, Schisandra Extract, Cordyceps Extract, Inonotus obliquus Extract, Holy Basil Extract, Astragalus Extract, Maca Extract, Ginseng Extract, etc. Among them, medicinal mushroom ingredients are the most popular ones. 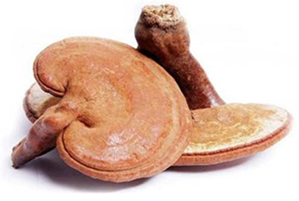 Relaxation
In traditional Chinese medicine, Reishi mushroom is often used to tonify qi and calm the mind, which can have a calming effect in the short term and enhance energy and stamina in the long term, and promote physiological adaptation to environmental changes.

Adaptogen
Polysaccharide is one of the most effective components of Reishi mushroom, which can scavenge free radicals and regulate the body's immunity in both directions. As an "adaptogen" component, reishi mushroom is popular overseas and is widely used in various food and beverage products and dietary supplements. 
Shiitake Mushroom (Shiitake Mushroom Extract)
Shiitake mushroom originated in China and is the second-largest mushroom in the world, with more than 80% of the world's mushrooms produced in China. Shiitake mushrooms are rich in nutrients, containing all essential amino acids, iron, and B vitamins. In traditional Chinese medicine, shiitake has been used to treat high cholesterol, atherosclerosis, colds, and flu. Immunity
Shiitake mushrooms have been shown to have powerful antiviral, anti-microbial, and anti-Candida properties that may help us fight infections. Shiitake mushroom polysaccharide is one of the most widely used anti-cancer prescription drugs in the world. 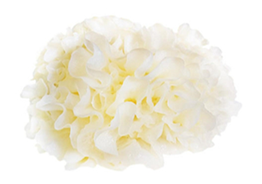 Skin Health
Snow fungus is rich in natural plant gum, which can enhance metabolism, blood circulation, improve the function of tissues and organs, and increase the elasticity of the skin.


Immune regulation
The active ingredient of snow fungus is polysaccharide, which consists of acidic polysaccharide, neutral heteropolysaccharide, acidic oligosaccharide, cell wall polysaccharide, and extracellular polysaccharide, etc. It can enhance the immunity of the human body, mobilize lymphocytes and strengthen the phagocytic ability of white blood cells. It is also an excellent adaptogenic mushroom that helps the body to resist stress and fatigue.

Poria cocos (Poria cocos Extract)
Poria cocos is a medicinal and food substance that has been used in China for more than 2,000 years. 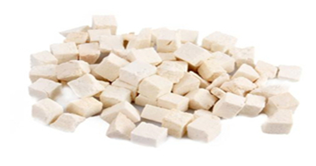 Meshima (Meshima mushroom Extract)
Meshima usually grows on the shady side of wild old mulberry trees over 20 years old. It looks very much like reishi mushroom (Ganoderma lucidum) and grows extremely slowly. Meshima is internationally known as a valuable anti-tumor medicinal fungus and is very popular in Japan and Korea. Adaptogen
As an adaptogenic ingredient, Meshima has the ability to support bodily functions and help the body resist stress and fatigue. 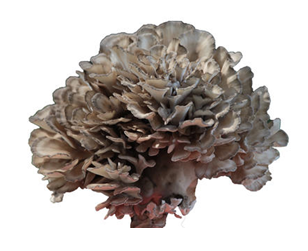 Immunity Enhancement
Maitake mushroom has strong immunomodulatory properties. The β-glucan compound in maitake mushrooms contains a specific component that has been confirmed by Japanese mycologist Hiroaki Nanba that can fight HIV/ AIDS by boosting the helper T cells that are attacked by the virus.


Multiple adaptogens used in combination are also effective because the combination of these botanical ingredients amplifies the benefits of each. For example, a combination of Ashwagandha, rhodiola and schisandra would be more effective than any one of these herbs alone. In terms of ingredient selection, while single herbs work well for particular support, blended herbs may be as effective as the single herb they contain, or even more effective. For example, Reishi mushroom combined with Ocimum helps with sleep.


Yongyuan Bio has been deeply involved in the production of mushroom extracts since the beginning of the company’s establishment and has mastered mature production technology and rich experience while being able to ensure the supply of high-quality raw materials and clear product testing indicators. We can also customize our products according to your requirements.